The following undergraduate students enrolled in the College of Visual and Performing Arts were among those named to the Dean’s List for the Fall 2019 semester. To qualify for the Dean’s List, students must complete a minimum of 15 credit hours and earn at least a 3.6 grade point average (on a 4.0 scale) during the semester.

END_OF_DOCUMENT_TOKEN_TO_BE_REPLACED

The Department of Drama is beginning the spring semester with William Shakespeare’s “Romeo and Juliet.” Directed by faculty member Thom Miller, this production brings a fresh take to Shakespeare’s timeless classic about a pair of star-crossed lovers. “Romeo and Juliet” previews on Feb. 14 and opens on Feb. 15 in the Archbold Theatre at the Syracuse Stage/SU Drama Complex, 820 E. Genesee St.

Jonathan Reid, a Texas-based composer, music educator and pianist, has been announced as winner of the 2019 Gregg Smith National Choral Competition Contest in the Rose, Jules R. and Stanford S. Setnor School of Music in Syracuse University’s College of Visual and Performing Arts (VPA). The award, which is named for renowned composer and choral conductor Gregg Smith, is given biennially to a composer between the ages of 21 and 35 who has written and submitted a musical composition for a Setnor School choral ensemble.

Reid won for his work “Crossing the Bar,” which was selected by a committee of Setnor faculty from numerous compelling entries. Reid’s work will be premiered by Setnor Sonority, the Setnor School’s gender-inclusive tenor-bass ensemble comprised of students from varied majors and schools/colleges. The premiere will be part of Setnor Sonority’s performance at 8 p.m. on Tuesday, April 21, in the Rose and Jules R. Setnor Auditorium, Crouse College. Reid will come to the University for the premiere and rehearse with the choir the day prior to the performance. “Crossing the Bar” has also been recently selected for publication by Carl Fischer Music. Setnor Sonority’s recording of that evening’s performance will be used by the publisher to help promote the piece.

“Setnor Sonority is thrilled to have the opportunity to do a second world premiere in our inaugural season,” says José “Peppie” Calvar, who conducts the ensemble. “We hope to carry on Meastro Smith’s legacy by being ambassadors for new choral music much like he was.” END_OF_DOCUMENT_TOKEN_TO_BE_REPLACED

Quinn King ’20 and Alec Gillinder ’20 (both VPA School of Design), co-founders of MedUX, heading to the EO GSEA US National Competition in the Silicon Valley on February 8 – 13.  King will be pitching as one of 33 students representing teams from state and regional US GSEA competitions to vie for the chance to represent the United States at the 2020 EO GSEA Global Finals in Cape Town, South Africa.  The national event will be held on the Startup Grind Stage, where top student startups from across the United States will share their stories, pitch their businesses, connect with peers, and attend Startup Grind’s Global 2020 Conference. 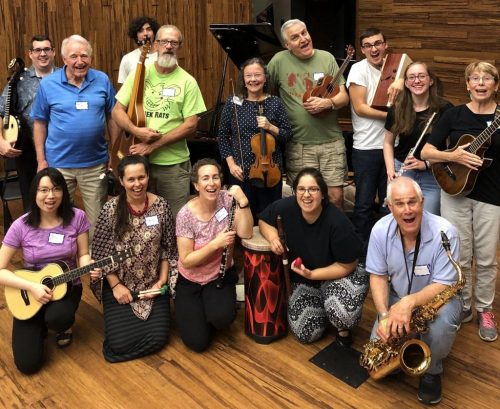 A Syracuse University music instructor is spearheading a new pilot program that introduces homeschoolers to the art of creative expression.

Alina Plourde, who teaches oboe in the Setnor School of Music in the College of Visual and Performing Arts (VPA), directs the Syracuse branch of the worldwide Music for People (MfP) organization.

END_OF_DOCUMENT_TOKEN_TO_BE_REPLACED

A $15 million gift from Marylyn Turner ’56, G’57 and her husband, Chuck Klaus G’05, will support the education of emerging artists in the College of Visual and Performing Arts’ (VPA) School of Art through scholarships and immersion experiences in the Los Angeles area.

The exhibition is a cartography piece created by art student Eric M. Warren, a fourth-year VPA student. Find it on the 4th floor of Bird Library through mid-March. 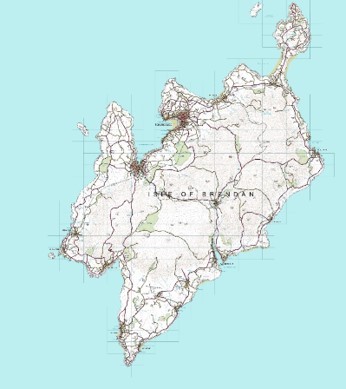 The Syracuse University Trumpet Ensemble, based in the College of Visual and Performing Arts’ Rose, Jules R. and Stanford S. Setnor School of Music, has been named a quarterfinalist in the large ensemble division of the National Trumpet Competition, which will be held March 19-21 at Messiah College in Mechanicsburg, Penn. This is the first time the ensemble has been selected as a quarterfinalist.

The nine-member ensemble performs under the direction of John Raschella, instructor of trumpet in the Setnor School. It will perform “Contours,” a piece written for the ensemble by composer and Setnor alumnus Sean O’Loughlin ’95, on Thursday, March 19.

The National Trumpet Competition is an organization that provides an educational outlet for young trumpet players from around the United States. Its offerings include a yearly competition, masterclasses, and concerts.

Light Work announced the 2020 Transmedia Photography Annual exhibition of photographs by seniors from the art photography program in the Department of Transmedia in the College of Visual and Performing Arts. The exhibition runs through Saturday, March 7, at Light Work, with a reception with the exhibiting artists to be held on Thursday, Jan. 30, from 5-7 p.m.