Since the first form of computer programmed game, ‘Pong’ was introduced to the world, the term ‘video game’ has been widely used as a genre of entertainment. Through 70’s Arcades to PlayStation and VR games, video games have evolved to different forms and more complex structure; it has now become largest element within all entertainment market. (Chikhani, 2015) In year 2019, video games are not just games anymore; it became an industry that supports more than 220,000 people, as well as giving opportunities to become star pro-gamers and streamers. (NewZoo, 2019) Video games are also used in educations for children, secondary school students, and even for medical students. (Brown, 2018) Moreover, video games have potential to become larger cultural phenomenon in the future with advancements in technologies.

The biggest reason behind video game’s success is level of engagement that they provide to users. Whenever user input command through controllers, the video game gives immediate feedback with visuals and sounds. (Hersh, 2018) These feedbacks are fast enough that users can project themselves through the character that they are controlling. However, for those who have limited vision and hearing, this feedback system does not fully function. In other words, for people with impaired vision or hearing, video games are not as engaging. (Hersh, 2018) According to the series of my user testing, having limited vision or hearing during game significantly lowers one’s performance during game. This will ultimately interfere their opportunities derived from video games.

Although technologies in video games have advanced to create more realistic experience, the fundamental commutation between user and computer has not been changed much. Since the first form of video games, largest focus of the game industry was to implement better graphics and sound effects. Fundamentally, the way of communication between video games and users remains same as the earliest form of video games: Vision and Hearing. Therefore, how might we implement more body senses into the video game’s communication system to create a better gaming experience for all?

Good solution to the problem is to implement touch sense. The number of people with disabilities in touch senses are significantly lower than those with hearing problems. According to my user testing, controllers with vibrating function improve one’s gaming performance, in terms of win rate and reaction speed. However, implementing vibrations to video game is limited to certain controllers and few wearables. People with orthopedic problems cannot benefit from these vibration devices. Also, vibrating wearables for gaming costs in range of 400 us dollars or more, creating bigger accessibility issues.

Blowing air is good method of implementing touch senses in many ways. First, it can give realistic experience to gamers. In real situation, one way we can sense the movement in our body is through air resistance. When we move our hand, we feel air that is resisting against the hand movement. (Sciencedaily, 2015) This is one of the reasons that VR games cannot mimic fully immersive virtual environment. Because of this reason, non-disabled gamers could also benefit from the product. If an accessibility device creates advantages to certain groups of gamers, it is also an accessible issue.

Zephyr can be connected to other Zephyrs as a unified product. Ideally, 2 units will be covering 180 degrees of our vision, blowing air from left to right. (image 1,2) The inspiration of form comes from a plane turbine engine. It is not only the most effective way of creating an air flow, but also the one of the most powerful commercial engines. Its identity is relevant to the product. (image 3) (video 1)

Gaming platform is diverse in the United States. To support multiple gaming platforms Zephyr has a mounting device that can adapt a stand. (image 4,5,6) Zephyr works with Bluetooth; it can be charged with adapter. (image 7)

Brown, A. (2017). Who plays video games? Younger men, but many others too | Pew Research Center. Retrieved November 3, 2019, from Pew Research Center website: http://www.pewresearch.org/fact-tank/2017/09/11/younger-men-play-video-games-but-so-do-a-diverse-group-of-other-americans/ 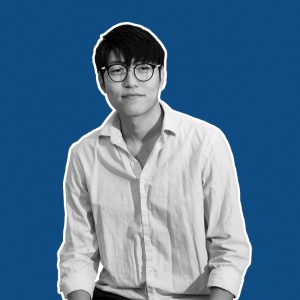