Note: Performances will be held at the Regent Theater Complex, 820 East Genesee Street, Syracuse. For tickets, please refer to the  links with each show. Flex 4Pack tickets are also on sale.

COVID safety protocols will be in place. At the door, audience members will be required to show proof of full vaccination, or for those not vaccinated, a negative test result from either an antigen-type test prior to six hours of entry or a PCR-type test prior to 72 hours of entry at the theater. Masks will be required at all times by everyone regardless of vaccination status, except while eating or drinking in designated areas. Read more information about COVID safety guidelines.

In Love and Warcraft

In this contemporary take on rom-com, Evie Malone – gamer, college senior, and confirmed virgin – has it all figured out. Not only does she command a top-ranked guild in Warcraft with her online boyfriend; she also makes a little cash on the side writing love letters for people who’ve screwed up their relationships. Love is like Warcraft, after all. It’s all about strategies, game plans, and not taking stupid risks. That’s what she thinks until she actually falls for a guy. No amount of gaming expertise will help her navigate the challenges of a relationship with a non-virtual and totally real boyfriend.

Children (and grownups) of the world rejoice. “Matilda” is here at last. This Tony Award-winning musical is a captivating treat that revels in the anarchy of childhood, the power of imagination, and the inspiring story of a girl who dreams of a better life. (There’s also a gloriously vile villain, Miss Trunchbull.) Packed with high-energy dance numbers, catchy songs, and featuring an unforgettable a little girl with astonishing wit, intelligence, and psychokinetic power, “Matilda” is a joyous girl power romp.

*Drama subscribers will receive vouchersredeemable for tickets to “Matilda the Musical.”

In this witty and razor-sharp play, Ike Holter takes aim at a small group of millennial friends who are trying to move past childhood and nights of drunken revelry to contend with the demands of adulthood. All are thrown for an unexpected loop when one friend, presumed long dead, suddenly turns up very much alive. Part of Holter’s series of plays set in a fictional neighborhood in Chicago, “Sender” asks, in this day and age, what does growing up mean and is it even desirable. 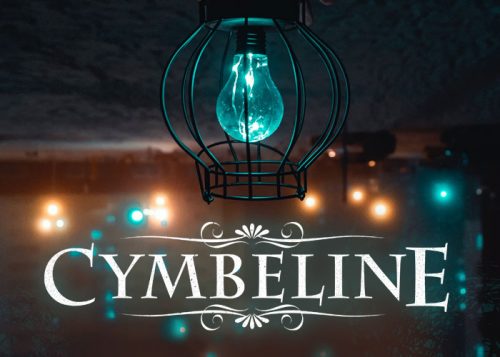 In a world defined by an oppressive patriarchy, what power does a daughter have to thrive and follow her dreams? Trapped in a kingdom, with a father who treats her like property, a wicked stepmother out to kill her, and a husband who’s fallen prey to the misogynist machinations of a deplorable villain, what is Princess Imogen to do? In the footsteps of Shakespearean heroines before her, she swaps the skirt for pants and ventures into the unknown on a perilous journey of self-discovery. In this fantastical work from the zenith of Shakespeare’s talent, the improbable becomes probable as kind strangers, dastardly bad guys, battles, gods, and long-lost family pave the wild road to forgiveness and happily ever after.

A musical adaptation
Adapted by Shaina Taub and Laurie Woolery
Music and lyrics by Shaina Taub
For the Public Works Program of the Public Theater
Directed by Rodney Hudson
Music Directon by Brian Cimmet
Choreography by Felipe Panama
April 29 – May 7
Opening Night: April 30

A ravishing new musical adaptation of Shakespeare’s classic story of chance encounters and self-discovery. Forced from their homes, Orlando, Duke Senior, his daughter Rosalind and niece Celia, escape to the Forest of Arden, a fantastical place of transformation, where all are welcomed and embraced. Lost amidst the trees, the refugees find community and acceptance under the stars. Featuring an original folk-pop score by Shaina Taub, “As You Like It” is an immersive dream-like tale of faithful friends, feuding families and lovers in disguise.

“Id” is an original devised performance exploring the theme of Identity developed by the ensemble of creators. Working from a basis of Moment Work, a method of devised theater created by the Tectonic Theater Project, along with the guidance of network television writer Teresa Huang, and in collaboration with the Orange TV Network, “Id” will be an anthology-style web series of short stand-alone pieces.

A new initiative at the Department of Drama, “New Works, New Voices” (NWNV) supports the development of musicals by writers and composers whose perspectives have been historically underrepresented in the musical theater canon.  One new musical will be selected from submissions for development in spring 2022, providing an exciting opportunity for drama students to collaborate with a professional writing team in residence.