Five seniors from the College of Visual and Performing Arts’ Department of Transmedia attended the Sundance Film Festival as part of the Sundance Ignite program.

Sundance Ignite identifies and supports new voices and talent from the next generation of filmmakers and fosters fresh audiences for independent storytelling. As part of the program, students receive the Ignite Ticket Package, an exclusive chance to see the newest films at the Sundance Film Festival. 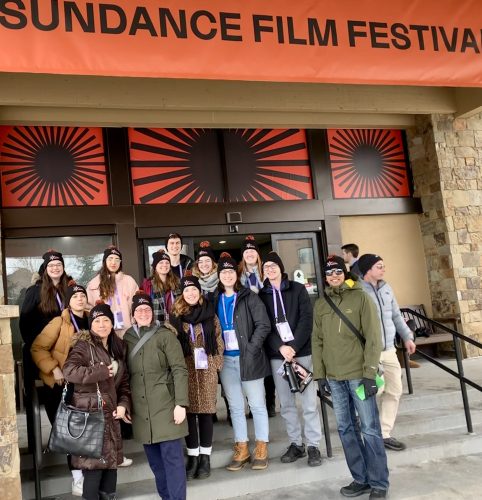