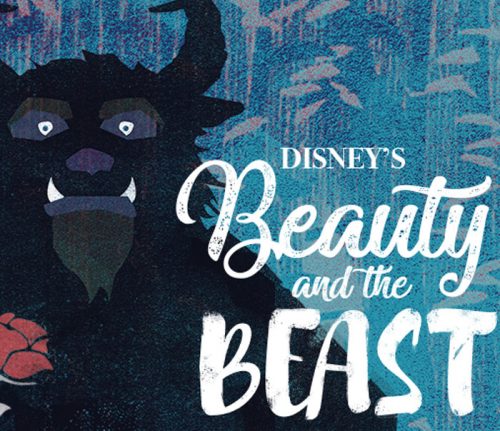 Syracuse Stage and the Department of Drama in Syracuse University’s College of Visual and Performing Arts will ring in the holiday season with the family musical “Disney’s Beauty and the Beast,” directed by Donna Drake and choreographed by Anthony Salatino with musical direction by Brian Cimmet. Preview performances begin Nov. 22. Opening night is Nov. 29, with performances scheduled through Jan. 5. Excellent seats remain for many performances and are available through the Box Office (315-443-3275) and at www.SyracuseStage.org.

With music by Alan Menken, lyrics by Howard Ashman and Tim Rice and a book by Linda Woolverton, “Disney’s Beauty and the Beast” was adapted from the 1991 animated feature film. The musical opened on Broadway in 1994 and closed in 2007 after 5,461 performances. Most recently, a 2017 live action film version starred Emma Watson and Dan Stevens.

Director Drake and musical director Cimmet are the creative team behind Syracuse Stage’s last two holiday hits, “The Wizard of Oz” (2017) and “Elf The Musical” (2018). Drake said she expects audiences will be enchanted by the show. “It is magical, heartfelt, and beautiful.”

Cimmet noted that the 12-piece orchestra is the largest ever for a Syracuse Stage show.

The familiar story of “Beauty and the Beast” has its origin in the 1740 French novel “La Belle et la Bete” by Gabrielle-Suzanne Barbot de Villeneuve. Sixteen years later, Jeanne-Marie Leprince De Beaumont shortened and simplified the tale and established the basis for most future versions. The Brothers Grimm included a similar story “The Singing, Soaring Lark” in early editions of their “Kinder – und Hausmärchen.”

In its current incarnation, “Beauty and the Beast” is a warm-hearted tale that celebrates the magic of love. A wicked curse has transformed a young prince into a ghastly Beast. To break the power of this spell and return to his former self, the Beast must learn how to love and be loved.  His fate is in the hands of a young woman, Belle, who must save him before he is lost forever.

Opera and musical theater performer Ezekiel Andrew and Department of Drama student Stephanie Craven lead the cast as the Beast and Belle. Andrew has performed the title role in “Rigoletto” and Jake in “Porgy and Bess.” He has also portrayed Jim in “Big River” and Coalhouse Walker, Jr. in “Ragtime.” At the Department of Drama, Craven has appeared in “Into the Woods” and “The Seagull.”

The remaining roles are handled by an ensemble of 17 talented students from the Department of Drama and one additional local child actor Maeve Kelly.

“Disney’s Beauty and the Beast” is a joyful celebration of family in all its shapes and forms,” said Artistic Director Robert Hupp. “It is a timeless story of love and redemption. We admire Belle’s bravery and the castle staff’s hope. We see in the transformation of the Beast the joyful promise that love does truly conquer all. It’s a perfect tale for a cozy winter’s eve; it’s a perfect tale for this holiday season.”

As is tradition with the holiday production, Syracuse Stage will continue to raise funds at all performances for the Pediatric Designated HIV Center at Upstate Golisano Children’s Hospital, DePalmer House and Broadway Cares/Equity Fights AIDS. An ongoing non-perishable food drive will take place in the lobby to benefit the food pantry at Grace Episcopal Church, which directly serves residents in the neighborhood. Syracuse Stage will also partner with various community and Syracuse University organizations to present events related to the production.

“Disney’s Beauty and the Beast” Link

*Member of Actors’ Equity Association, the Union of Professional Actors and Stage Managers in the United States.

There will be 76 tickets available for whatever price patrons wish to pay. Pay-what-you-will tickets must be claimed in person at the Box Office on the day of the performance, subject to availability. The Box Office opens at 10 a.m. and will remain open until the start of the show. There is a limit of two tickets per person.

Join the cast for a post-show celebration with live music presented by CNY Jazz, featuring Maria DeAngelis and Andrew Carroll, food and drinks.

A Q&A session with the actors following the 7:30 p.m. performance. The talkback will be held in the Archbold Theatre.

Open Captioning at 2 p.m. Performance for patrons who are deaf or hard of hearing.

Enjoy complimentary light fare from local restaurants, half priced drinks and $5 drink specials at the bar.

ASL Interpreted Performance at 2 p.m. for patrons who are deaf or hard of hearing.

Audio Described Performance at 2 p.m. for patrons who are blind or visually impaired.

The Syracuse Stage bar will remain open after the show. Mix and mingle with fellow patrons—the perfect chance to chat about the show!

Dec. 14, Open Captioning at 7:30 p.m. performance for patrons who are deaf or hard of hearing.

Dec. 15, Open Captioning at 2 p.m. performance for patrons who are deaf or hard of hearing.

Kids and adults of all ages can celebrate the holiday season with an all-you-care-to-enjoy make-your-own sundae bar, catered by Sheraton Syracuse University Hotel and Conference Center, and meet-and-greet with select members of the “Disney’s Beauty the Beast” cast.

Relaxed/Sensory Friendly performances provide a welcoming environment that lets all patrons express themselves freely without judgment or inhibition. These live theatre experiences invite and encourage individuals with autism, ADD, ADHD, dementia, and sensory sensitivities to enjoy the performance in a “shush free” zone. All tickets for the relaxed/sensory friendly performance are $25 and include a 100 percent refund right up to the start of the show. Tickets can only be purchased by phone, 315-443-3275, or in person at the Box Office for this performance.