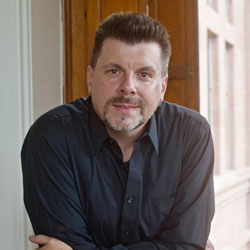 Tenor Richard Crawley has performed leading roles with opera houses and symphony orchestras all over the world.

As an educator, Crawley has presented master classes across the United States and also served on the voice faculties of Loyola College (Baltimore); the Fairbanks Summer Arts Festival (Fairbanks, Alaska); and Binghamton University. He has extensive experience as a pianist, organist, and choral conductor and has taught ear training and theory classes at the college level.

Well known as an outstanding musician and a quick study who thrives under pressure, during previous seasons Crawley stepped in with only six days’ notice to learn and perform the title role of d’Indy’s Fervaal at Avery Fisher Hall with the American Symphony Orchestra to high acclaim. The New York Times stated he “gave a heroic performance. Mr. Crawley, clearly a quick study, has a healthy, pleasing and robust voice.” He had recently performed a similar feat not just once, but twice–first, when he learned and performed the title role of Mascagni’s Il Piccolo Marat at Avery Fisher with Teatro Grattacielo, with only two weeks’ notice. The New York Times said then of his singing: “As Marat, the tenor Richard Crawley sang with power and urgency…” He then stepped in on short notice to perform Enée in Les Troyens at the White Nights Festival in St. Petersburg, Russia, with Maestro Gergiev conducting.

Recent performance highlights include critically acclaimed performances of the title role in Lohengrin at Teatro Colón in Buenos Aires and with the Savonlinna Opera Festival in Finland; Florestan in Fidelio with State Opera of South Australia; Canio in I Pagliacci with Portland Opera and also Mill City Summer Opera in Minneapolis; Turiddu in Cavalleria Rusticana with Opéra Lyra Ottawa and Toledo Opera; and MacDuff in Macbeth for Boston Lyric Opera. Other career highlights include Cavaradossi in Tosca opposite Carol Vaness with the San Francisco Opera; Don José in Carmen opposite Denyce Graves with the Greek National Opera; Des Grieux in Manon Lescautand Don José with Hawaii Opera Theatre; Pinkerton in Madama Butterfly with the Chautauqua Opera and Dayton Opera; Riccardo in Un Ballo in Maschera with Opera Santa Barbara; Cavaradossi in Tosca with Boston Lyric Opera and Hawaii Opera Theatre; the title role of Faust at Portland Opera and Syracuse Opera; Otello with the Oakland East Bay Symphony; and highlights of Tchaikovsky’s Pique Dame and Eugene Onegin with Sacramento Opera.

As an orchestral soloist, Crawley has performed Handel’s Messiahwith the New Japan Philharmonic and the Tokyo Oratorio Society and also at the National Cathedral in Washington, D.C.; Verdi’s Requiemwith the Dayton Philharmonic; Beethoven’s Ninth Symphony with the Hong Kong Symphony, Bay-Atlantic Symphony, and the Greater Bridgeport Symphony; Mendelssohn’s Paulus with the New Japan Philharmonic; the Evangelist/Tenor in Bach’s Christmas Oratorio with the National Symphony Orchestra of Costa Rica; Haydn’s Harmonie Messe with the Syracuse Symphony; Haydn’s The Creation with Baltimore Choral Arts Society; Bach’s b minor Mass with Handel Choir of Baltimore; the Evangelist in Bach’s St. Matthew Passion with Concert Artists of Baltimore; and the Mozart Requiem with the New Mexico Symphony Orchestra and also at Carnegie Hall with Masterworks Chorale.