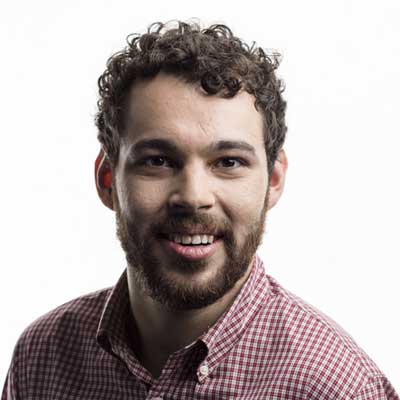 Reid Davenport is in production of his sixth and seventh documentaries exploring the perspective of people with disabilities.

The feature film, I Didn’t See You There, dives into the historical and personal baggage that arises when a circus tent goes up outside his Oakland apartment. I Didn’t See You There has been awarded the Doc Society’s New Perspectives Grant and was selected to be included in the 2020 IFP Week. Davenport was named a 2020 Points North Fellow and a 2020 Bay Area Video Coalition MediaMaker Fellow in connection to the project.

Davenport is a 2017 TED Fellow and gave a TED Talk at the annual conference in Vancouver. His film awards include the Enerson Foundation Production Grant (RAMPED UP), the Artistic Visions Award at the 2016 Big Sky Documentary Festival (A Cerebral Game) and Best Short Documentary at the 2013 Awareness Film Festival (Wheelchair Diaries).