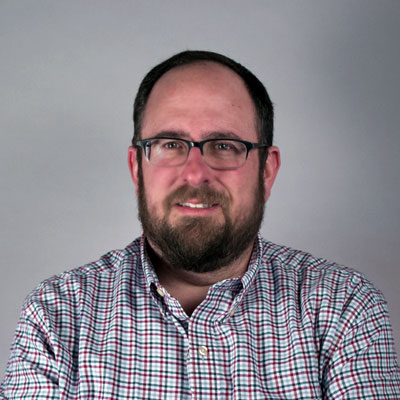 Michael McCurdy was Managing Director of Arkansas Repertory Theatre in Little Rock, Arkansas for eighteenth seasons before becoming the General Manager of Syracuse Stage in June of 2018.

After earning degrees in political science and theater from Brigham Young University, Michael worked four years, including two years as company manager, at The Shakespeare Theatre in Washington, D.C. A co-founder of Handcart Ensemble, an Off-Off Broadway theater company, Michael went to Arkansas from New York, where he was assistant director of Special Services for William Morris Agency. Michael has been married to Melissa McCurdy for 21 years and is the father of Annie (18), Joe (16) and Max (13). He has been proud to volunteer as the Production Manager of the Hill Cumorah Pageant in Palmyra New York since 2015.