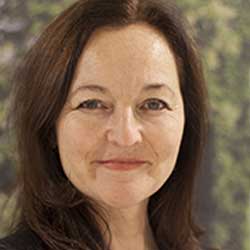 Lisa Nicholas has served as director of the Tepper Semester since 2005 and has overseen the development of this full-semester, residence immersion experience for drama students in New York City. In addition, she has managed the Tepper Center for Careers in Theater at since its inception in 2001.

Nicholas’ acting credits include theater in New York City, regional theater, as well as film and television. Her theater credits include lead roles in: Hamlet, Troilus and Cressida, Titus Andronicus, The Three Sisters, The Dark Lady of the Sonnets, Master and Margarita, Severities Mistress, Crimes of the Heart, The Marriage of Bette, and Boo. Recent regional credits include Our Lady of 121st Street, Ashes to Ashes, and Beauty Queen of Lenane. Film includes Suits, RIP: Joe Coleman, Her Alibi, Bloodrush, and Dadetown, which was featured at the Sundance Film Festival. Television includes Caroline’s Comedy Hourand The Dana Carvey Show. In addition, she recently completed a short film written and directed by members of the Steppenwolf Theater Company.

Nicholas holds a bachelor of fine arts degree from Syracuse University. She trained in Canada, England, and extensively in New York City, where her primary mentor was William Esper, Meisner Training. She is a member of Screen Actors Guild, Actors’ Equity Association, and the American Federation of Television and Radio Artists.