Get to know the graduate students in the CRS program at Syracuse University! 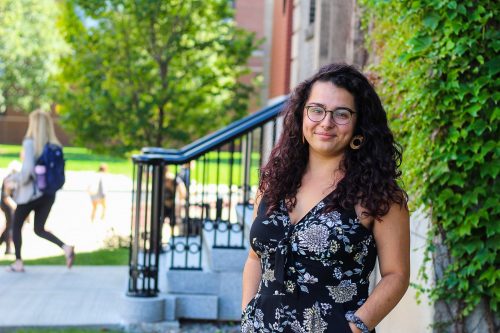 Mariann Fant joins CRS from Indiana; having graduated from Ball State University with a degree in Public Communication Studies. Having competed in forensic speaking for seven years, she has been pleased to teach Presentational Speaking and continue working with Syracuse undergraduates on developing their public speaking and speech crafting skills. Her research interests are varied, but she predominantly works in the areas of queer theory, affect theory, and Performance Studies. Specifically, she is interested in the identity construction, and policing of middle identities with a focus on multiracial identities. Additionally, her graduate thesis project is interested in discerning affective and performative ways of doing environmentalism and developing ethical consciousness in the Anthropocene and contemporary ecological destruction.

She looks forward to presenting her paper, “Foucauldian Ethics of the Self: Genevieve Gaignard’s Multi-Racial Navigation of the Racial Paradox” and serving as a member of the panel, “Access to Advocacy” at the 2019 NCA Convention this November. Outside of the classroom, Mariann is a proud part of graduate worker unionization efforts and hopes to aid in seeing the establishment of such a union at Syracuse University.

Born and raised in the Syracuse area, Nicole moved away to complete a Bachelor’s degree at Hobart & William Smith Colleges in 2017, majoring in Writing & Rhetoric with a focus in theory, and minoring in Studio Art, Geoscience, and writing/teaching pedagogy. Following the Bachelor’s degree, she moved back to the Syracuse area and began working at SU in the Stevenson Tutoring Center for Student Athletes. From there Nicole enrolled in the Master’s program in Communication and Rhetorical Studies, and have been working happily as both a student and a teaching assistant ever since.

She is interested in political communication, particularly interactive political performances and how participants can potentially engage in resistive practices against the enactment of discriminatory logics. My thesis will focus on Donald Trump’s domestic solo press conferences and how Trump and journalists interact/react to one another within this setting, discursively constructing their relationship and, for some journalists, engaging in resistance. I also enjoy studying rhetorical criticism, “monstrosity,” and rhetorical enactments of discrimination.

As a young woman born and raised in Chicago, college-educated in Iowa, and currently residing in Syracuse, I’ve developed a fascination for experiences and the influence they have on our identities. Chicago’s metropolis shaped my love for travel; Iowa’s homogenous population developed my appreciation for cultural diversity; and Syracuse has provided space to explore the legacy I wish to leave behind. My research interests primarily reside in Pan-African rhetoric and Black American pride; but new areas of interest include critical discourse analysis and theory defining “truth” and perspective taking.

Courtney Dreyer is a second year in the CRS program, hailing from Grand Rapids, Michigan. She received her bachelor’s degree in psychology and English from Western Michigan University. In the past she has worked as a research assistant in a psych lab, grant writer, film editor, and middle school teacher. When she’s not busy being a graduate student, she enjoys watching movies, playing video games, reading, and organizing her many Pinterest boards. She also loves spending time with her two cats and her friends’ many dogs and other furry friends.

Josh is from Chesterton, Indiana and received their bachelor’s degree in Public Communication and Political Science at Ball State University.  They are interested in how dominant structures explains transgender identities and how that differs from how trans people explain their own identities, especially as this pertains to indigenous individuals whose gender expression and identity do not fit into Western understandings of gender.

Through their research, they have found themselves to be interested in Queer Marxism, Decolonial Studies, Social Movements, and Transgender Liberation. They currently organize with Syracuse Graduate Employees United, which works to unionize graduate student employees to fight against exploitation and for better working conditions.

I am originally from Zimbabwe and I recently completed my undergraduate studies at Drake University in Des Moines, Iowa. Outside of school, my interests include writing, creating art, listening to music, and traveling.

My research interests include postcolonial feminism and post-colonial political movements in Sub-Saharan Africa.

I am also presenting on a panel at the 2019 National Communication Association Annual Convention.

Amanda was born in Syracuse and is a lifelong resident of Central New York. She attended community college before transferring to Ithaca College where she double majored in History and Writing. In her free time, she enjoys running, audiobooks, and Star Trek.

Sam is a first year Master’s student in Communication and Rhetorical Studies. His research explores queerness, identity construction, and performance. He is interested in performance studies, queer rhetorics, and affect. Originally from North Carolina, Sam received his degree in Mathematics and Integrated studies emphasizing journalism and political science from Brevard College in Brevard, North Carolina. Sam is a member of Syracuse Graduate Employees United and represents the department as a Graduate Student Organization’s senator from CRS.

Lucas is a second-year Master’s student in Communication and Rhetorical Studies.  His research examines race, identity construction, and whiteness in the United States.  He is particularly interested in how meaning is communicated through space and design in the places we live and work.  Originally from Los Angeles, California, Lucas received his Bachelor’s degree in Government and Politics from St. John’s University in Queens, New York, with a minor in Rhetoric and Public Address.  Lucas is a member of Syracuse Graduate Employees United’s Organizing Committee, working to improve working conditions and unionize graduate workers at SU. He also represents the department as the Graduate Student Organization’s senator from CRS.

Alexander Breth is a second-year student in the CRS program. Originally from Hatfield, Pennsylvania (an almost unheard town outside of Philadelphia), he received his B.A. in English: Writings with a concentration in visual theory and digital media from West Chester University of Pennsylvania. He is a photographer, cover designer and would-be performance artist. 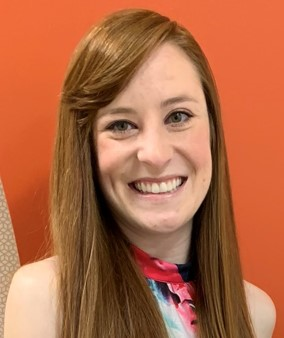 Cara Hardman is a first year graduate student and a teaching assistant. Originally from New Jersey, she attended Cumberland County College for the first two years of my undergrad, earning an Associate’s Degree in Liberal Arts/Spanish before transferring to Rowan University. Cara graduated from Rowan University with a Bachelor’s Degree in Communication Studies with a minor in Women’s and Gender Studies. Outside of course work, She enjoys watching television and movies (primarily Disney and Harry Potter), coloring is one of my favorite ways to relax, and I enjoy spending time with my family, friends, and dog whenever possible.

My research interests are primarily centered around gender. More specifically, I like to analyze representations of masculinity and femininity throughout popular culture (especially in Disney films). In addition, I have recently become more interested in exploring the perception of the female body in public space(s).

Meg is a first-year student in CRS. Her research interests are public memory, constructions of race in popular culture, and international communications. Her work analyzes both overt representations of history (museums, monuments, etc) and more implicit versions (film, games, etc.). Originally from Lawrenceville, GA, Meg received her bachelor’s degree in History (concentration in Public History) from the University of Alabama in Huntsville, with minors in English and Ancient and Medieval Studies.

I have submitted a presentation on public forgiveness to the Southern States Communication Association Conference, and am in the process of working with Dr. John Saunders (University of Alabama in Huntsville) to prepare a paper examining the rhetorical construction of memory surrounding Nathan Bedford Forrest in Memphis, TN for publication.