Discovering one’s own identity has been an ongoing challenge since the beginning of time. While personality, interests, as well as appearance very much define a person, another trait that is unavoidable would be ancestry. A person’s ancestry is not something as simple as skin tone or country of origin, finding an individual’s ancestry also allows a further understanding of unique cultures, languages, as well as several non-physical attributes.

But while spending the effort to discover where one’s great-grand parents came from may seem little more than satisfying a curiosity, for many others, it can provide new meanings that can potentially change lives. For example, the vast majority of African-Americans today are descendants of slaves brought over to North America during the Atlantic Slave Trade from the 16th-19th centuries. The ethnic roots of many African-Americans living in the United States today are unknown besides the basic information of identifying as “the descendants of slaves”. Though a powerful and meaningful identification of its own, this community unfortunately was once unable to trace their ancestries any further back than the first ancestor who was forcefully brought to the North American shoreline. However, with the new and ever growing popular DNA-test kits offered by genealogical companies such as 23&Me or MyHeritage, this was no longer an issue. (1)

The DNA companies’ attempt to introduce a larger audience to the possibility of finding out the ancestry and history of individuals was met with great success, and there is even the prospect of incorporating this technology in the field of education. With the expanding usage of gamifying technology in education especially within the STEM field, mainly with the use of VR (2), it raises the question of its incorporation in the future teaching of history. With its use in museums ranging from topics about motor vehicles to historical artifacts, we can see how we cannot deny the inevitability of academia in the history field using available resources such as VR to reach a larger audience.

How can we transform the experience of discovering one’s ancestry into a visual and more dynamic experience that can play a part in revolutionizing the field of historical education?

With the focus on the incorporation of VR into the field of genetics, I believe the first step to increase interest in this area, and eventually investment, is to combine the services offered by DNA testing companies (e.g. 23andMe) and the use of VR in a gamified experience.

As mentioned before, one of the primary goals of the purchase of the DNA kits offered by 23andMe is the discovery of one’s ancestry. Therefore, once the genetic result of the customer is revealed, the customer will have the chance to subscribe to a VR program where they will have the opportunity to interact with their digital ancestor. VR companies such as Oculus will partner with 23andMe to create several scenarios from the customer’s ancestral list. For example, if one of the customer’s ancestors is an official in ancient China, the VR company will create a digital copy of the official and allow the user to be placed in a historical setting with said ancestor.

Within the experience, the user will be able to select dialogue options and experience different experiences with the character based on their choices. In order to further gamify the experience, the addition of a map will allow the user to track the movement of their digital self as well as which location they would like to move toward. Another indicator of the user’s direct response to the experience would be the facial reaction icon above the map. The icon is meant to track the larger movements of the facial structure, and the digital character will make the appropriate responses as well. The examples shall be two scenarios: in scenario 1, the user listens to a tragic story from the digital ancestor, and at one point the user feels emotional. The sensors on the VR headset will then pick up on these indications, and the digital character will then offer words of comfort to the user. In scenario 2, the digital ancestor is upset and suddenly raises his voice at the user. The user might react with panic, and with the assistance of the VR headset’s sensors, the digital ancestor will back off or even apologize.

The solution will not only increase the general public’s interest in purchasing experiences from the DNA companies, but also increase the awareness of VR’s use outside of entertainment. However, a simple one-time purchase of a VR experience from a customer will not be able to sustain such an expensive endeavor, which I have planned to accomplish with a large-scale subscription service. Since the VR experiences of specific ancestors are originally only available to the respective customers, many people that do not share certain ancestries will miss out valuable experiences (e.g. a customer of primarily East Asian descent will not be able to experience life as a medieval European noble in the VR experience.) Therefore, in order to allow a larger audience in this experience, the subscription service will allow anyone interested in trying the VR setting to choose specific files for chosen experiences. For instance, the educational field in history might have a focus on the history of music, and one customer of the DNA company happens to have an important composer (e.g. Bach) as his/her ancestor. With the VR file uploaded to the larger database, the school can now use that file to teach students interested in the history of music with said file.

Although it is currently still a concept, and development of such a massive product will require much financial backing and resources, I believe that the creation of such a powerful tool in education will change the world’s perception of the entertainment value of academia, as well as bring much needed excitement to the field of history. 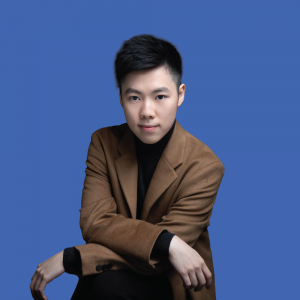