“Sustainability is based on a simple principle: Everything that we need for our survival and well-being depends, either directly or indirectly, on our natural environment.” (US EPA, 2014)

Dealing with environmental, economic, and social issues on a global scale is complex, especially within the sports industry. Because of their high public profile, sports teams have the potential to make changes for a sustainable future. In 2016, the U.S. Environmental Protection Agency had a budget one billion dollars less than the revenue of Major League Baseball, and only two-thirds the revenue of the National Football League.” (Hershkowitz, 2017) If we can care this much about sports, why can’t we care this much about the environment?

The sports industry has been shifting to create positive changes to support the environment, but there is a large amount of Greenwashing still going on in the industry. “Greenwashing is when a company tries to portray itself as more environmentally minded than it actually is.” (Toby Miller, 2018)  Senior research analyst at Sanford C. Berstein conducted a study that proved on game days at the AT&T Stadium, the Dallas Cowboys can use more electricity than the entire country of Liberia. (Breech, 2013) Stadiums have responded to energy overconsumption through promoting solar and wind energy, though greenhouse gases and emissions still play a large role in stadiums. “During moments of peak demand on game day, the 80,000 seat stadium may consume up to 10 megawatts of electricity. Liberia has the capacity to pump less than a third as much power into its national grid.”  (Zaldivar, 2013) We recognize these facts, but how can we get people to change their mindsets to developing a clean and green system for their teams, their venues, and their world? How might we leverage the popularity of the sports industry to promote a positive environmental change?

Kinetico is an innovative design concept that takes kinetic energy and transforms it into electricity. While on a small scale, this technology wouldn’t produce a massive amount of electricity, however with thousands of people interacting with these tiles within the stadium environment, a lot of energy can be preserved. Kinetico Tiles can be used as mechanisms to transfer ambient motion into electrical energy that can be stored and used to power electrical devices. (Garimella et al., 2015) It does so by incorporating piezoelectricity. A piezoelectric sensor is a type of technology that uses pressure, acceleration, temperature, or force to convert kinetic energy into an electrical charge.(KG, n.d.) There is so much “potential” energy gathered by people walking, jumping, and cheering at sports games that can and should be tapped into.

In order for this design to work well, understanding what motivates people became a primary focus in this design process. The challenge was to determine how the stadium could partner with fans to develop positive environmental changes. Research showed that people are motivated by competition, emotion, and others. However, they do not necessarily go out of their way to make changes. The moment something becomes inconvenient, users are less likely to adjust. Implementing piezoelectric tiles into stadiums was proven to be an effective and noninvasive way to generate energy. People are constantly walking and moving around at sports games, so it is important to note that the placement of these tiles will impact their effectiveness. Through case studies, it has been determined that ticket gates, seats, bathroom lines, concession lines, and ramps have the highest foot traffic by fans in the stadium. By researching these walking paths, patterns, and flows a map was developed to ensure maximum capacity of energy was absorbed. By incorporating “energy bursts” it allows fans to directly engage with the technology. As a result, the electricity is charged by the fans. Instead of leaving a carbon footprint, fans are leaving their own.

Image 1: Davis, B. A. (2019, November 30). An open letter to a Cleveland Browns’ fan. Behind the Steel Curtain. https://www.behindthesteelcurtain.com/2019/11/30/20976142/an-open-letter-to-a-cleveland-browns-fan-steelers-myles-garrett-mason-rudolph-suspension-nfl-news 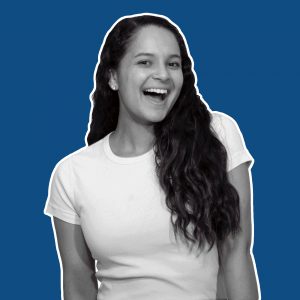